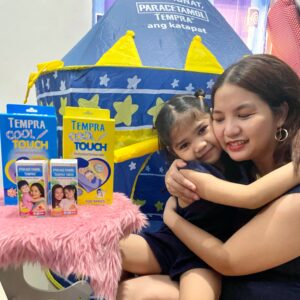 Fever in kids is normal and it’s part of growing up but as moms, we still worry a lot when our kids are not under the weather. When I had my first-born Scott, I literally cried when he first got a fever. I was so overprotective and I took him right away to his pediatrician.

Fast forward to today, I now have four kids and for eight years, I only trust Tempra in combating the fever of my kids. Tempra has been my partner in fever relief and I don’t have a hard time giving it to them when they’re sick because of it’s No Shake Formula and it comes in great tasting flavors of Strawberry and Orange syrup.

I am also so pleased to share with you that Tempra, the No.1 Paracetamol Brand in the Philippines has a new product and that is the New Tempra Cool Touch! Tempra Cool Touch is a fever patch/cool gel that we just stick to our kid’s forehead when they have fever. Tempra Cool Touch cooling effect is sustained from night until morning and lasts up to 10 hours per sheet. 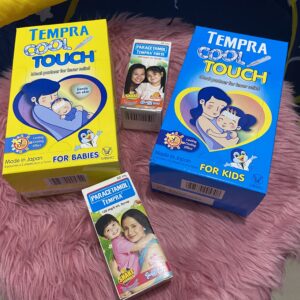 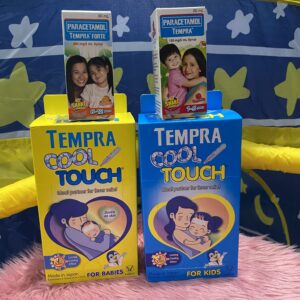 With these two Tempra products – Paracetamol and Cool Touch, I am now worry-free because they complement each other and by using these two, I am sure that my kids will say goodbye to fever in no time and we can play and bond again as usual. Tempra Paracetamol is perfect for systemic medication and now with Tempra Cool Touch as additional physical intervention. 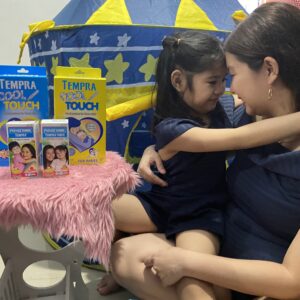 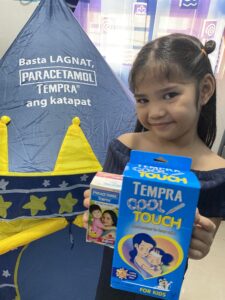 LOOK: A Filipina-led skincare brand that believes all Filipinos deserve a bright and beautiful glow

Why Lumina Calauan is the best investment for OFWs?

Luis Manzano for Sweet Via