Summer is a time for our kids to rest, play and just have some fun time while they are out of school. It is an opportunity to learn something new and teach them added values and knowledge through extra-curricular activities or summer programs.

This year, my eldest Scott, was chosen from a pool of applicants to be part of Toy Kingdom Kiddie Crew 2019. A total of 60 kids were chosen instead of 30 to take part in the program and were assigned to Toy Kingdom Megamall, Mall of Asia and SM Makati respectively. 10 kids for each batch per session.

Who wouldn’t want to work and be in a toy store but kids right?The program ran for 5 days from May 13-17, 2019 for 2 hours a day. They were assigned to different stations and areas of expertise per day. I’ll talk about it in detail per day.

On the first day, they were given their IDs and handouts for prayer, song and greetings. They also introduced themselves and mentioned their favorite toy. After that, they had a Store Tour and learned the different zones by color such Superheroes Zone, Interactive Zone, Artists Zone, etc. to name a few.After that, they were assigned to their areas of assignment.

For Day 1, Scott was assigned at the Greeting Area. It was located in the entrance of the store. They will greet each customer who enters and leaves the store.

For Day 2, the kids were taught the Toy Kingdom song and its choreography.

After that they did a Lego game and were divided into two teams. 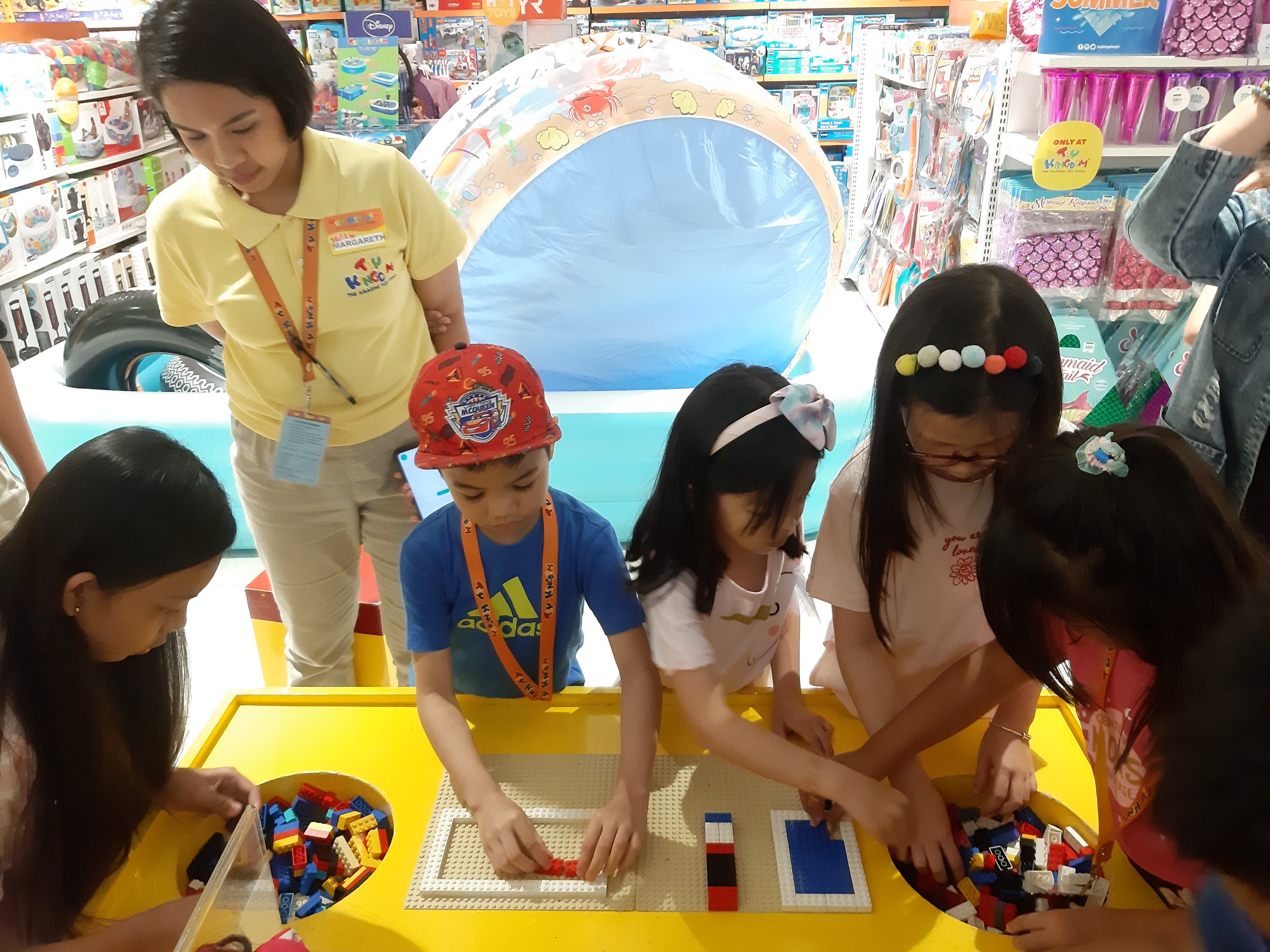 Scott’s team was more creative but the other team showed teamwork so they won.They were then assigned to their respective areas.

For Day 2, Scott and Dani was assigned to the Sales Area with Kuya Carl. They were taught the different types of packaging in the store. He also got to play with the robot, the cars and other toys. 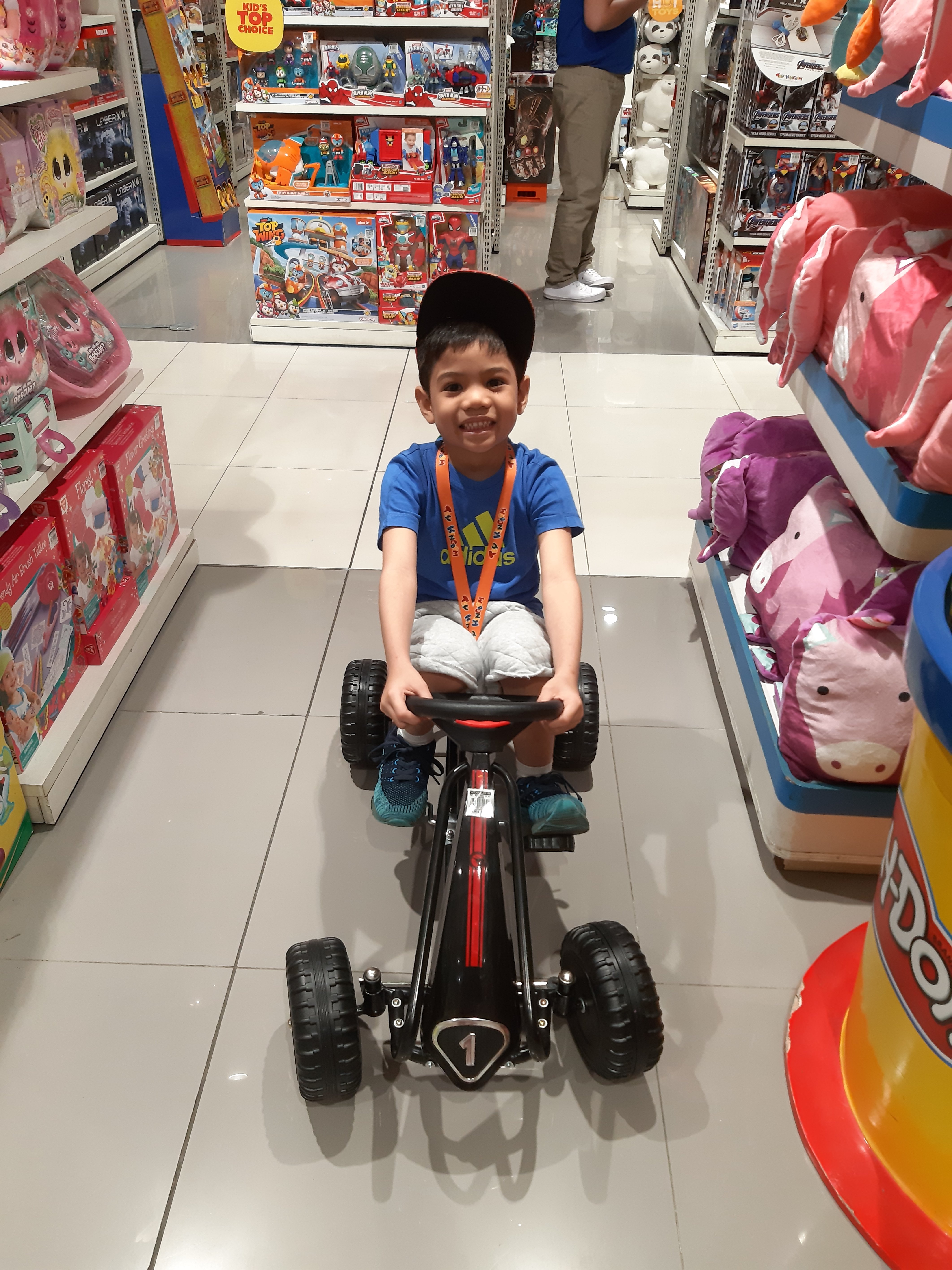 On Wednesday, they had a Magic Kitchen demo where kids tried a new toy called “Magic Kitchen”. They made their own bread roll with real ingredients and ate it afterwards. 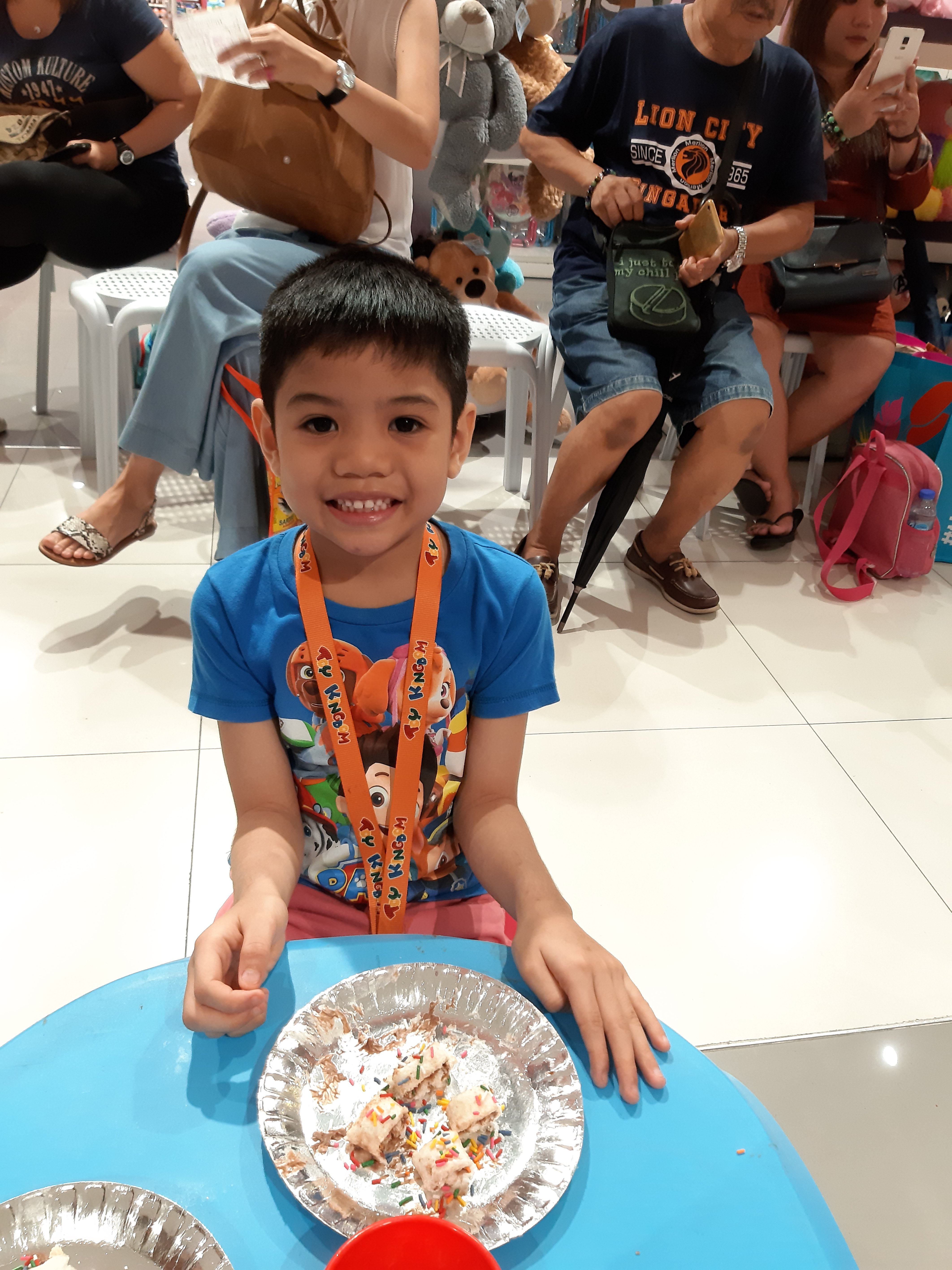 He was assigned to the Counter Area that day and learned the parts of the Counter such as keyboard, card terminal, scanner and the cash register. I think this is the area he enjoyed the most as he was so eager to scan the toys from the customers.

It was a super fun Thursday as they get to play with new toys in the market such as Shaky Shark and Bounce Ball. They were divided into two teams with 5 members each and competed in the games. 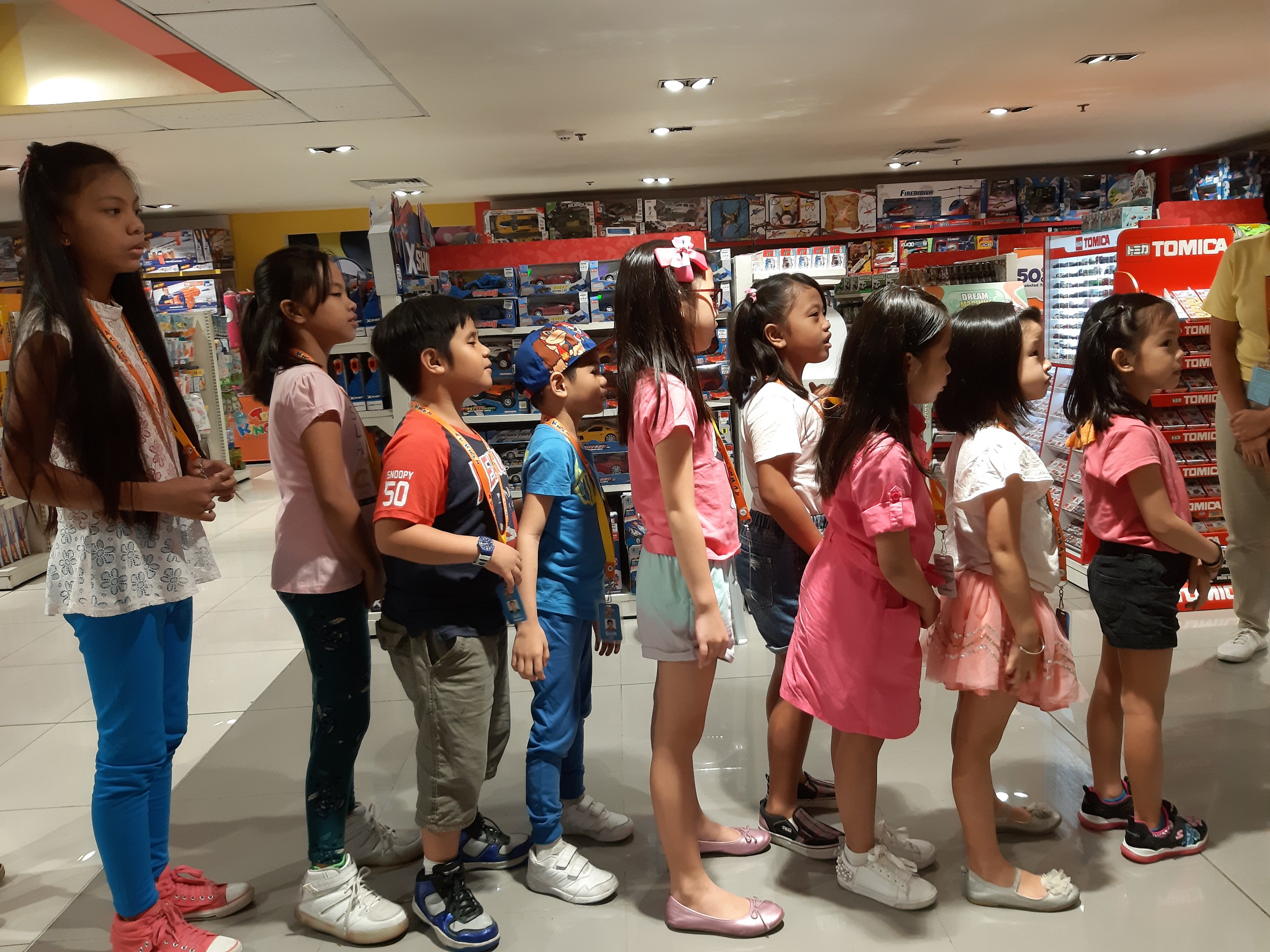 Scott’s team won 2 out of the 3 games. Apart from the fun they had, they learned the values of teamwork, sportsmanship and competitiveness.

After the games, they were assigned to the Gift-wrapping section. They learned how to wrap gifts in different ways and styles. This is something useful even I learned from it. 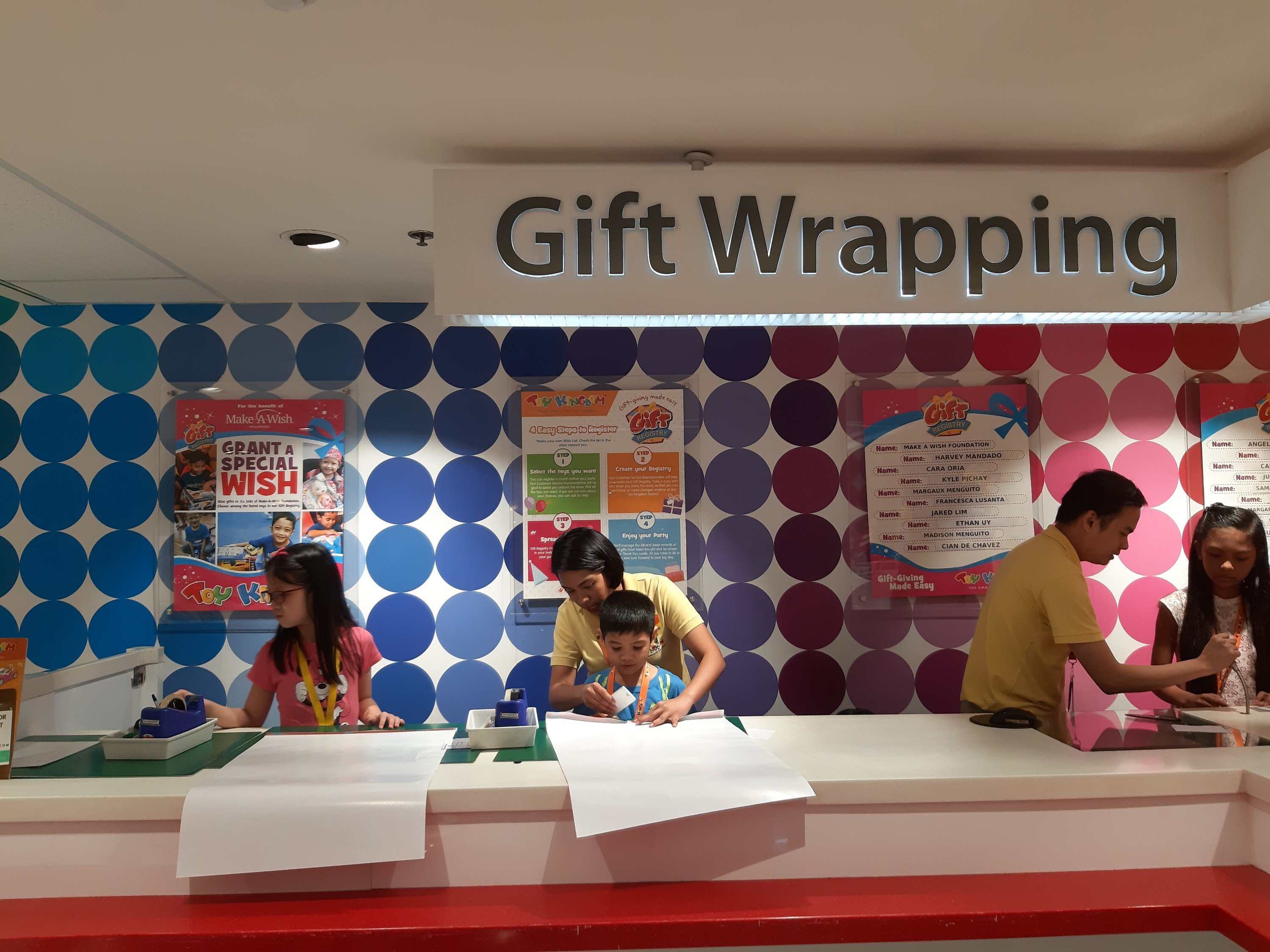 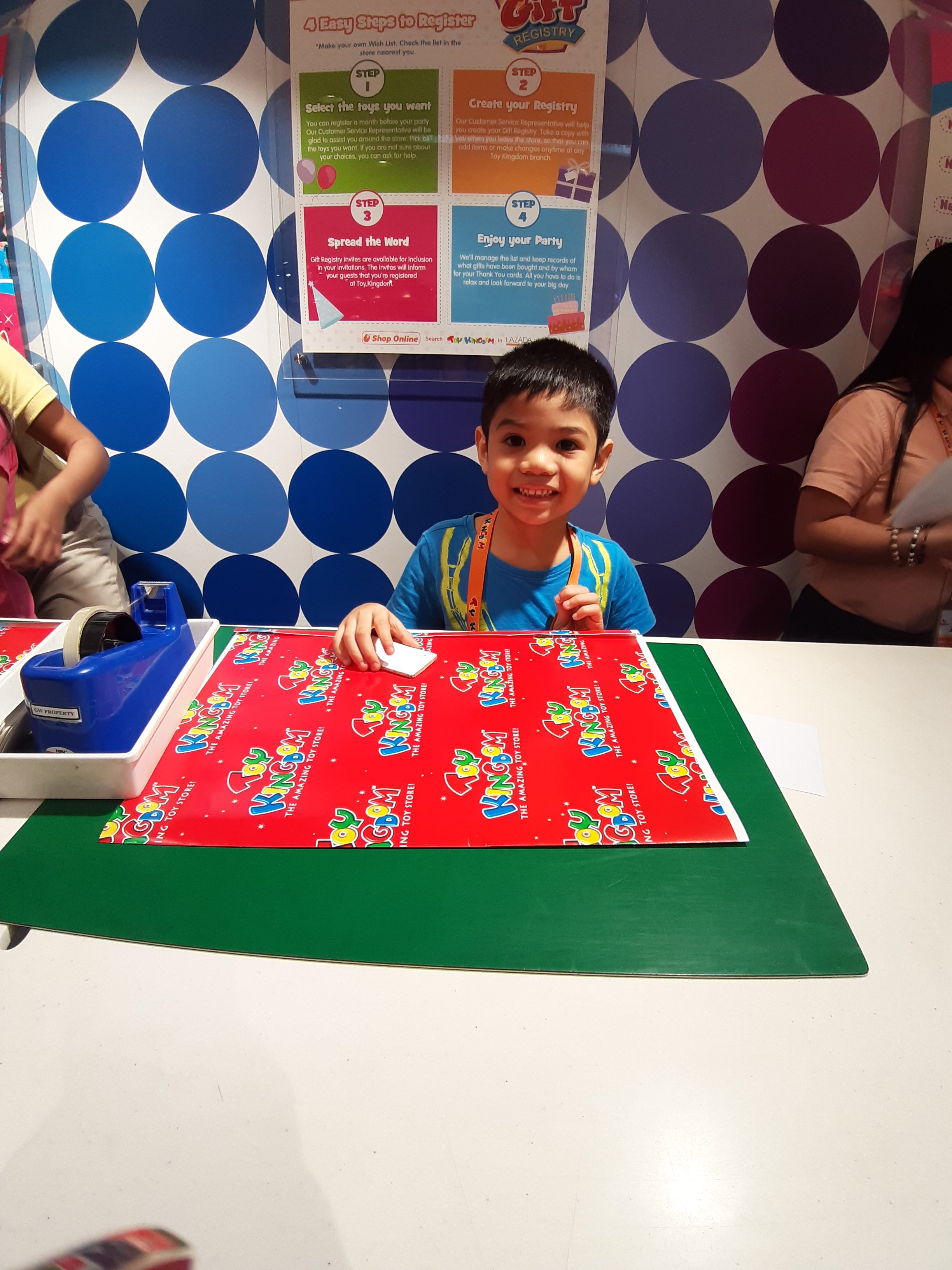 The 5-day workshop has come to an end. 10 hours of fun and learning is so worth it and I’m very happy for my son that he got to experience this activity this summer.

Before they had the graduation, they were still assigned to their last assignment for the week. Scott was assigned at the Customer Service Area. They tried speaking in the paging area and did some spiels. 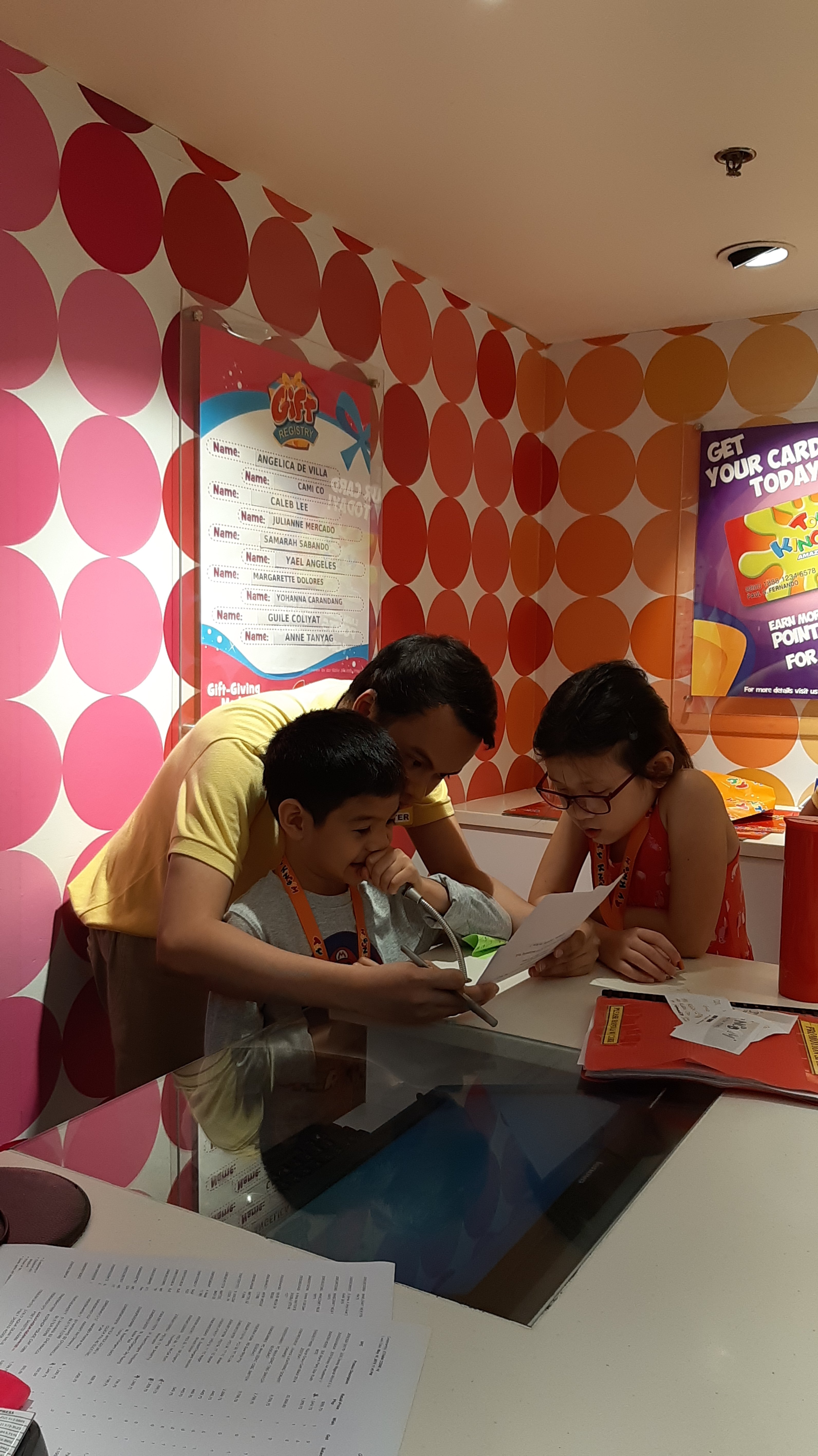 Next is the talent show. Everyone prepared for it except for us. Scott doesn’t want to sing nor dance solo. I told Kuya Lester to just show some flags to Scott and he’ll tell which country the flag belongs to.

Quick trivia: Scott is a world enthusiast. He knows every country in the world, continents they belong to and the flags of each country.

These kids are amazing and so talented. It was really a proud moment for every parent.

They were also given special awards. Scott got the Junior Collector Award because he told them he has a collection of Hotwheels at home. 😊

And last but not the least, Toy Kingdom prepared a surprise loot for each of the kids, their certificate of completion and a gift card for their amazing job at the store for the week. 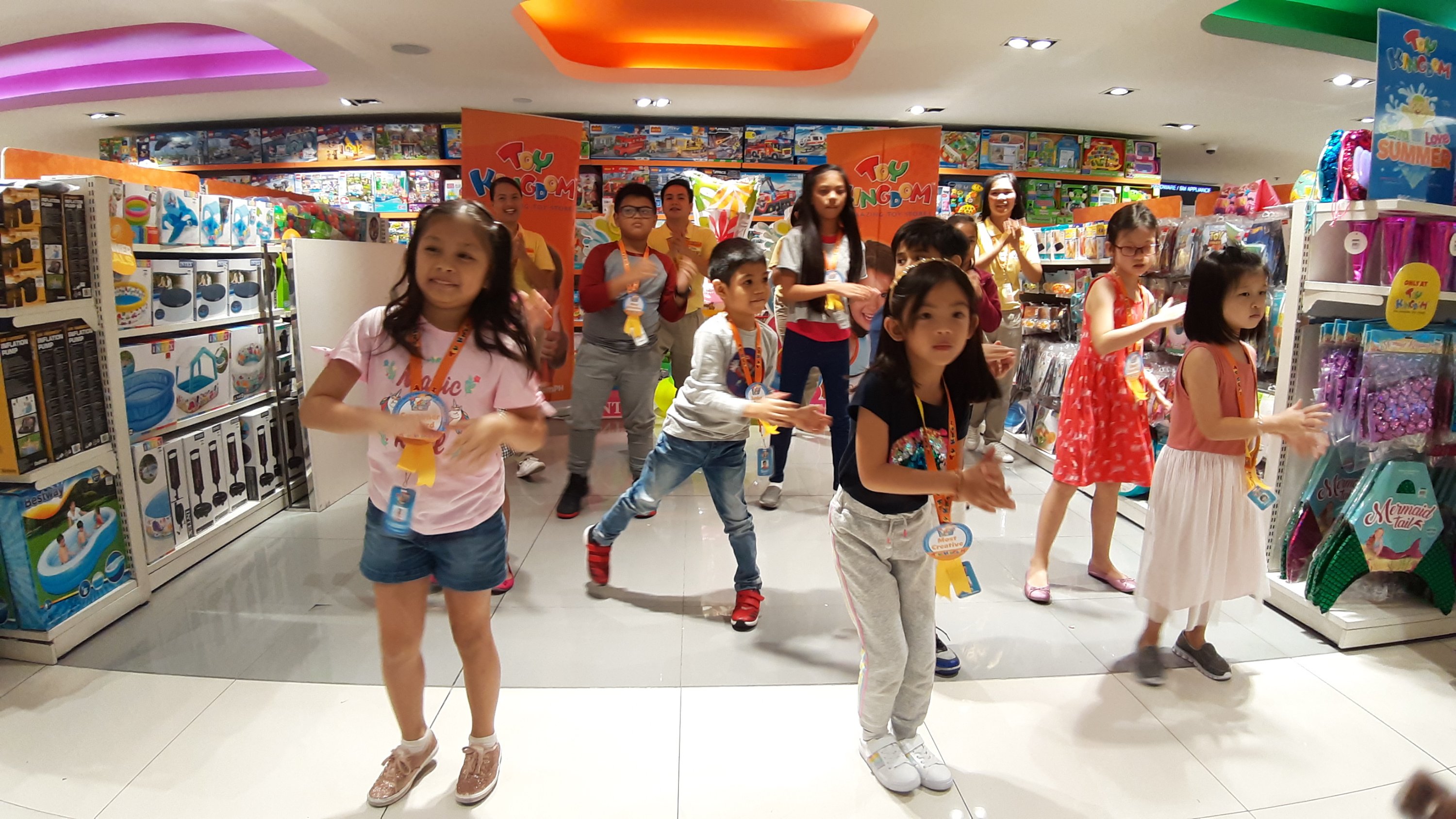 To capped it off, all of them performed the Toy Kingdom dance. Look at all the smiles in their faces.

Overall, it was an amazing experience! New knowledge, new friends, new values that can be carried on in their future endeavours.

Thank you so much Toy Kingdom! This momma is extremely happy. I can’t wait for the twins to experience this too next year. 😊❤️👍🏻

Luis Manzano for Sweet Via

MIND S-COOL TV is back with Season 2, with climate and biodiversity in the spotlight

Learning how to Care for our Hearts on World Hypertension Day