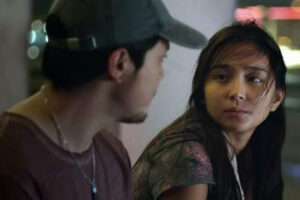 Cherish the holiday break this Christmas as the whole family is home for the holidays and enjoy SKYcable’s movie marathon treat with a diverse and fresh selection this December.

Welcome back “Joy” and “Ethan” into your homes as they bring you a story of personal struggle and romance with the phenomenal box-office hit “Hello, Love, Goodbye” on SKYcable Movies Pay-Per-View available from until January 12 for only P99. 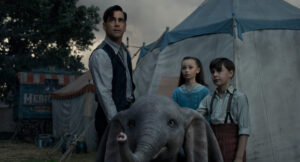 Catch “Dumbo,” one of the childhood classic novels’ live-action reimagining as it premieres on Fox Movies this December 21 at 9:00 P.M. Collin Farrell, Michael Keaton, Danny DeVito, Eva green, and Alan Arkin join force in this film adaptation of the story of struggling circus owner Max Medici (DeVito) who engage Holt (Farrell) and his two children to take care of Dumbo. See what obstacles they encounter in the circus and how they manage to bring the circus back to life again.

‘90s babies now have the chance to catch “The Brady Bunch Movie” on Paramount on December 31 at 2:15 P.M. Parents Mike (Gary Cole) and Carol (Shelley Long) are having problems as their home is in danger of being taken away by Larry (Michael Mckean), the house’s developer. As soon as their six Brady kids know of the problem, they decide to enter a talent contest to help the family.

Sports fans can learn from “Gold,” a fictionalized retelling of the first Olympic gold win by hockey team, Independent India in 1948, on Zee Sine. In this historical sports drama, which airs Dec.21 at 8:30 P.M.,, check how assistant manager Tapas (Akshay Kumar) was instrumental in bringing India its first Olympic Gold as a free nation. 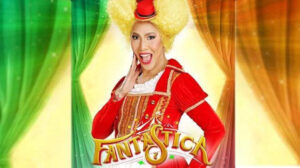 Also don’t miss Vice Ganda’s “Fantastica” on C1 this December 31 at 9:00 P.M., where he plays a struggling carnival owner thinking of ways to make his family’s business become lively again.

From Hollywood box office films to local films, you can come home to SKYcable for great flicks. Take your pick now and arrange a date with the entire family. Existing SKYcable subscribers can choose to add movie channels to their lineup for as low as P20/month. Sign up at mysky.com.ph/addchannels.

Not yet on SKYcable? Visit mysky.com.ph or call your local SKY office to see which cable plan is right for you.

Back to School Baon Ideas with Cheez Whiz