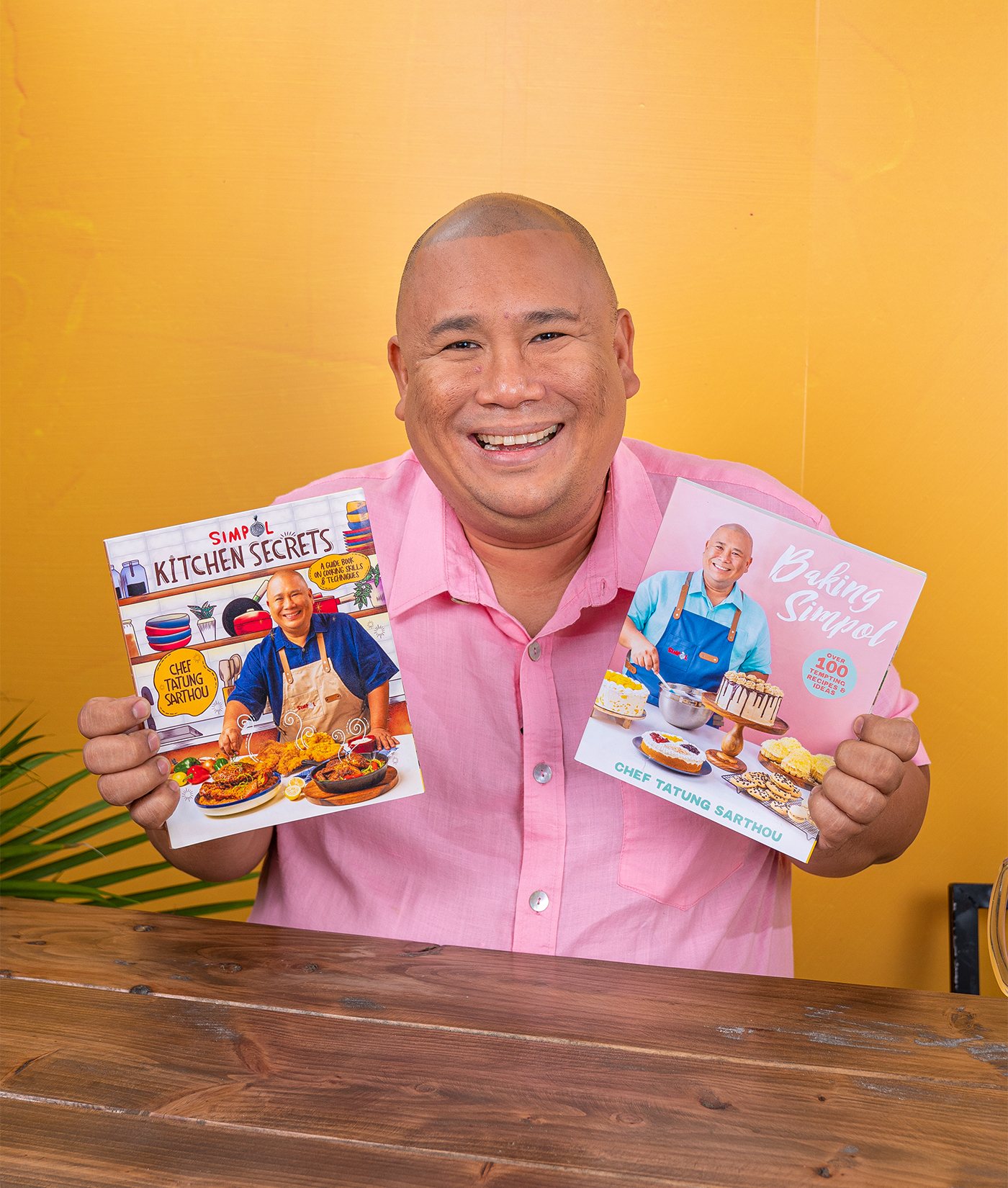 Celebrity chef Tatung Sarthou rings in the holiday season bearing gifts for everyone. The author-restaurateur released not one but two follow-ups to his bestselling Simpol The Cookbook. 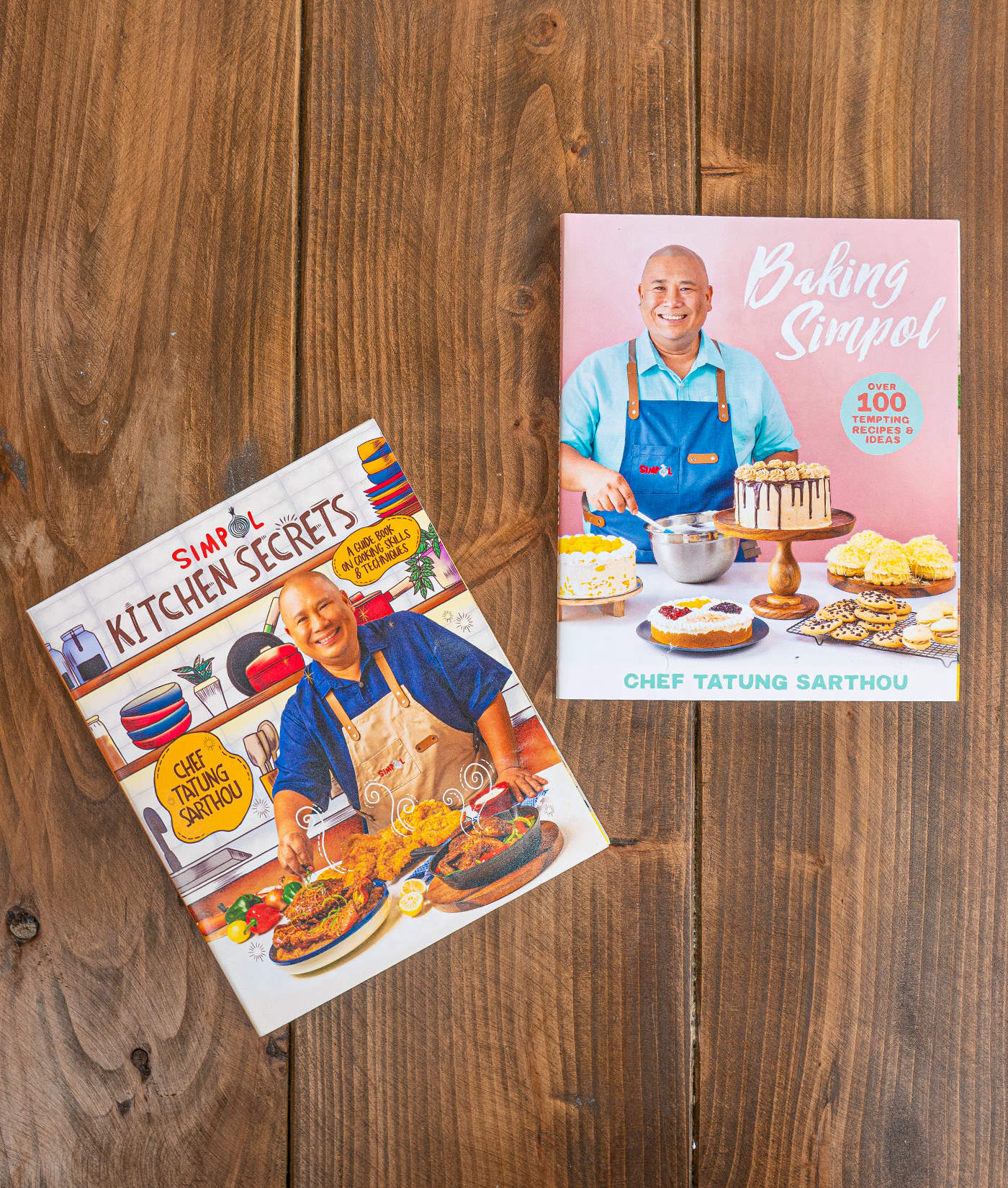 First in the back-to-back release is Simpol Kitchen Secrets, a guidebook on cooking skills and techniques. Here, Chef Tatung breaks down the fundamentals of culinary arts for everyone’s easy reference. It is told through over 100 recipes, 200 kitchen tips, and 600 colored photos and artwork.

The second is Baking Simpol, a cookbook with 100 recipes for desserts, breads, and pastries. Chef Tatung, who has earned praises for his innovative takes on dessert classics such as bibingka cheesecake, tsok-Nut cake, and pichi-pichi with torched queso de bola topping, lays down the art, crumb by crumb, to satisfy your sweet tooth any time, any day.

Simpol Kitchen Secrets was released on November 30 and followed by Baking Simpol two weeks later. Both books are available locally and abroad through Lazada, Shopee, Amazon US, Amazon Canada, Amazon SG, and eBay.

The two titles were published under Vertikal Books, a boutique press specializing in the creative nonfiction genre, specifically culinary content.

Simpol Kitchen Secrets and Baking Simpol is the fifth and sixth books penned by Chef Tatung. His previous works have won the prestigious World Gourmand Awards in Paris, France. Last October, two of his bestselling books, Rice to the Occasion: Kanin to Kakanin and Simpol: The Cookbook, were also featured in the Frankfurt Book Fair, one of the largest and oldest trade fairs for books and content in the world.