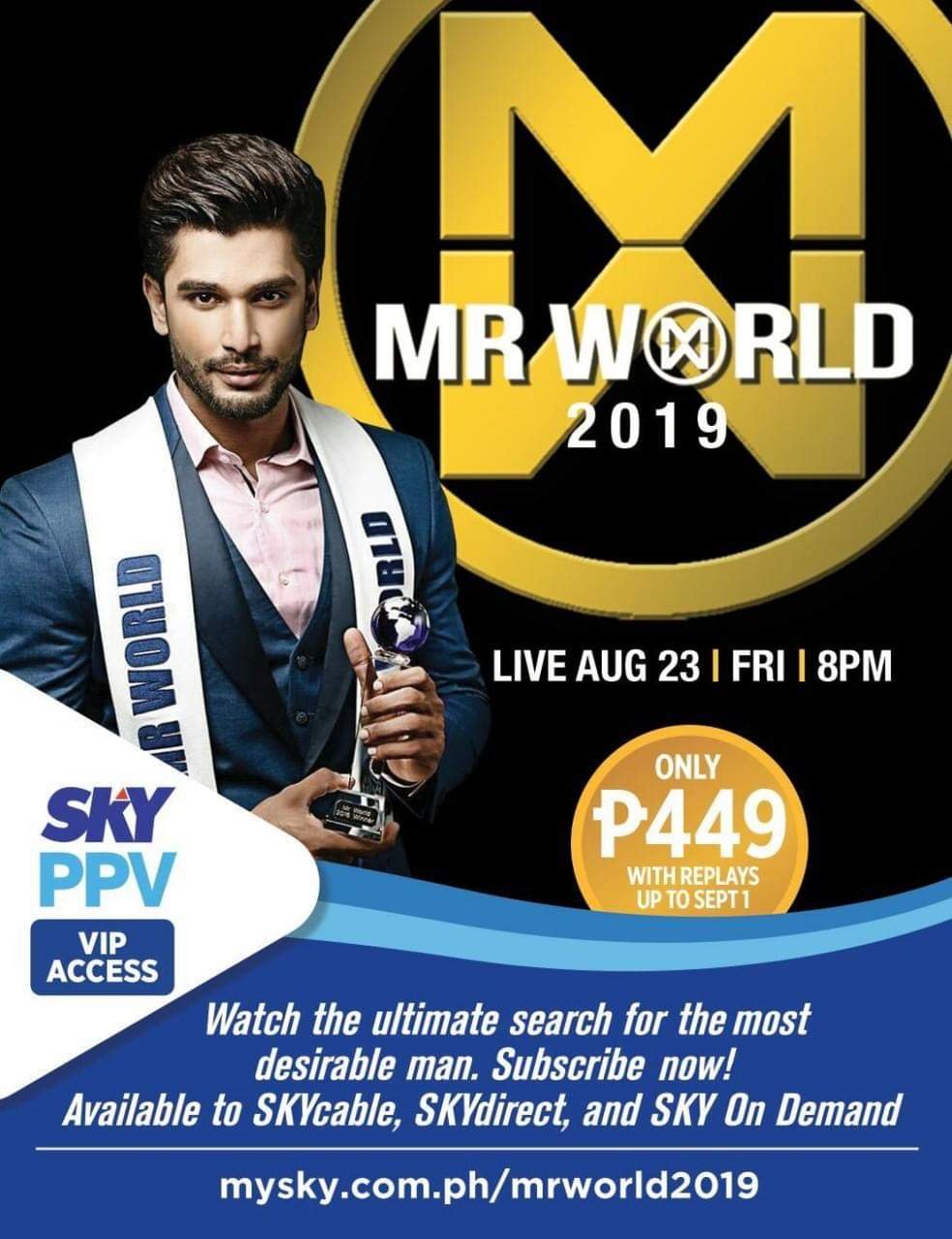 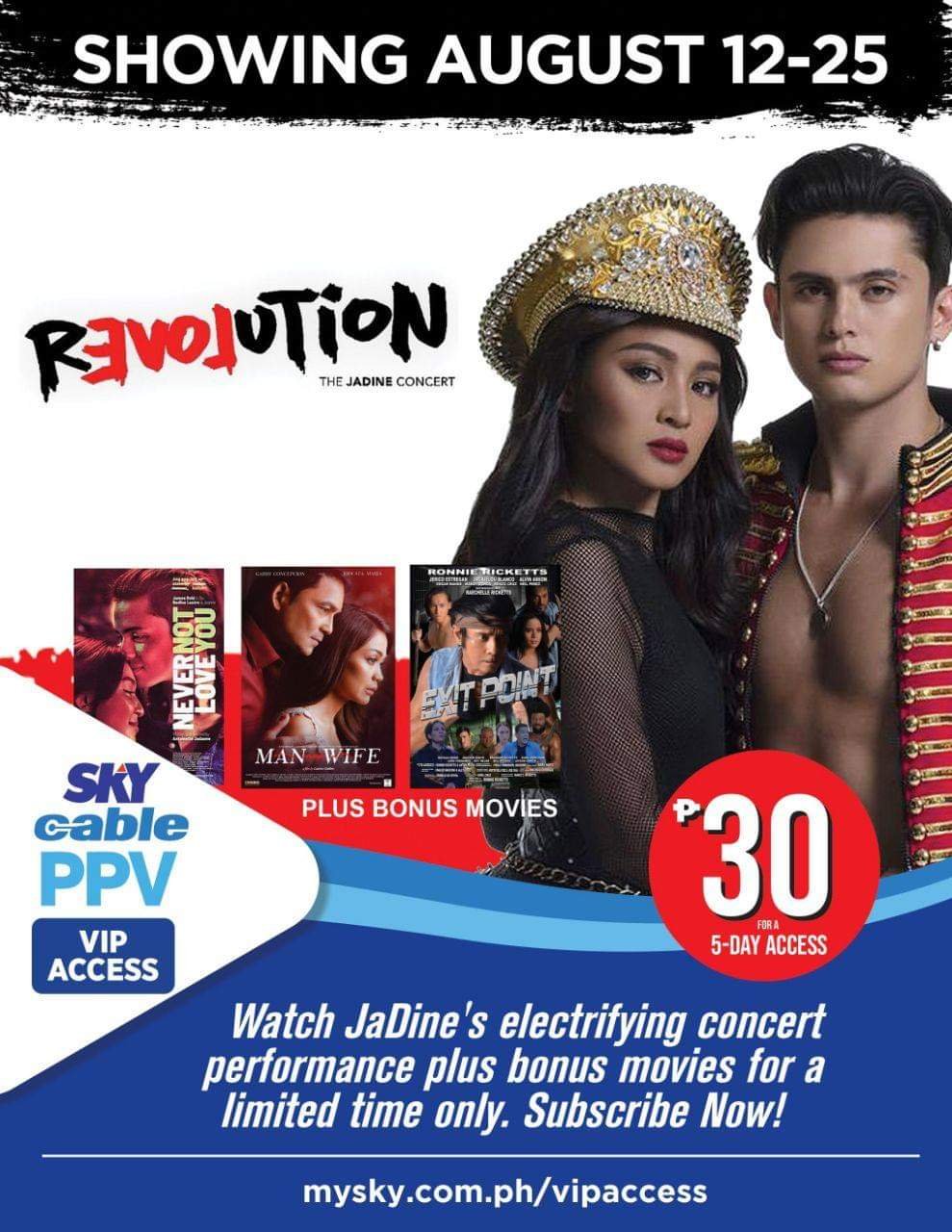 JaDine fans are in for a nostalgic treat as the love team’s much-talked about major concert last year, “Revolution: The Jadine Concert” held at the Araneta Coliseum airs on SKYcable VIP Access Pay-Per-View this month.

Catch James Reid and Nadine Lustre in an explosive show that also featured performances by the G-Force Dancers, the duo’s squad made up of Brett Jackson, Sam Concepcion, and Kiana Valenciano, and Sarah Geronimo, whom James starred with in last year’s “Miss Granny”.

JaDine fans will also be delighted to catch the couple’s hit romance drama “Never Not Love You” where Nadine Lustre won her best actress award from Gawad Urian for her role in this movie. A fateful meeting between the probinsyana lass Joanne and carefree graphic artist Gio that leads to romance and a deep relationship. But as reality begins to kick in, the two are forced to make life choices and sacrifices.

Subscribers can catch JaDine’s concert and movies plus two other bonus movies: “Man and Wife” and “Exit Point” in high definition on TV or on any device via SKY On Demand. To subscribe, SKY Fiber and SKYcable subscribers may call 4180000, text PPV to 23662 or visit mysky.com.ph/mrworld2019. SKYdirect subscribers may visit their nearest dealers.

This movie bundle is available until Aug 25 for only P30 for a 5-day access.

SKY subscribers can also catch the tenth edition of Mr. World pageant live this August 23 at the Araneta Coliseum and cheer for JB Saliba as he represents the Philippines in the international male pageant.

SKYcable and SKYdirect subscribers can access Mr. World 2019 pageant via SKY VIP Access Pay-Per-View and watch the event live and in high definition this August 23 at 8PM for only P449 with replays until September 1.

How to soothe and protect the baby’s bottom?

Join Huggies’ Membership Program on Shopee and enjoy savings up to 28% off!

Enjoy special offers on Abbott’s Exclusive Family Bundle, only on their Super Brand Day on Shopee this June 24!

MIND S-COOL TV SEASON 4 PROVES TO AUDIENCES THAT “WE ARE OK ONLY IF NATURE IS OK.”

Say good bye to bad hair days and tired-looking skin! Check out exclusive offers from Olay on June 8 on Shopee Beauty and enjoy...

From A to Z, Mas Mura Sa Shopee! Check out these ₱66 deals at the6.6 Mid-Year Sale

How To Take Care Of Your Acne-Prone Skin During Summertime

How To Be Famous On The Internet: Finding The Right Audience