MANILA, Philippines (20 June 2021) – The present situation has opened the door for fathers to play a more vital role in their child’s growth and development. With them spending a lot more time at home than ever before, dads can now share the load in running the household with their partners. Research has shown that parent-child interactions in the early ages can lead to more positive cognitive and socio-emotional benefits and more are recognizing the unique benefits of father-child play. 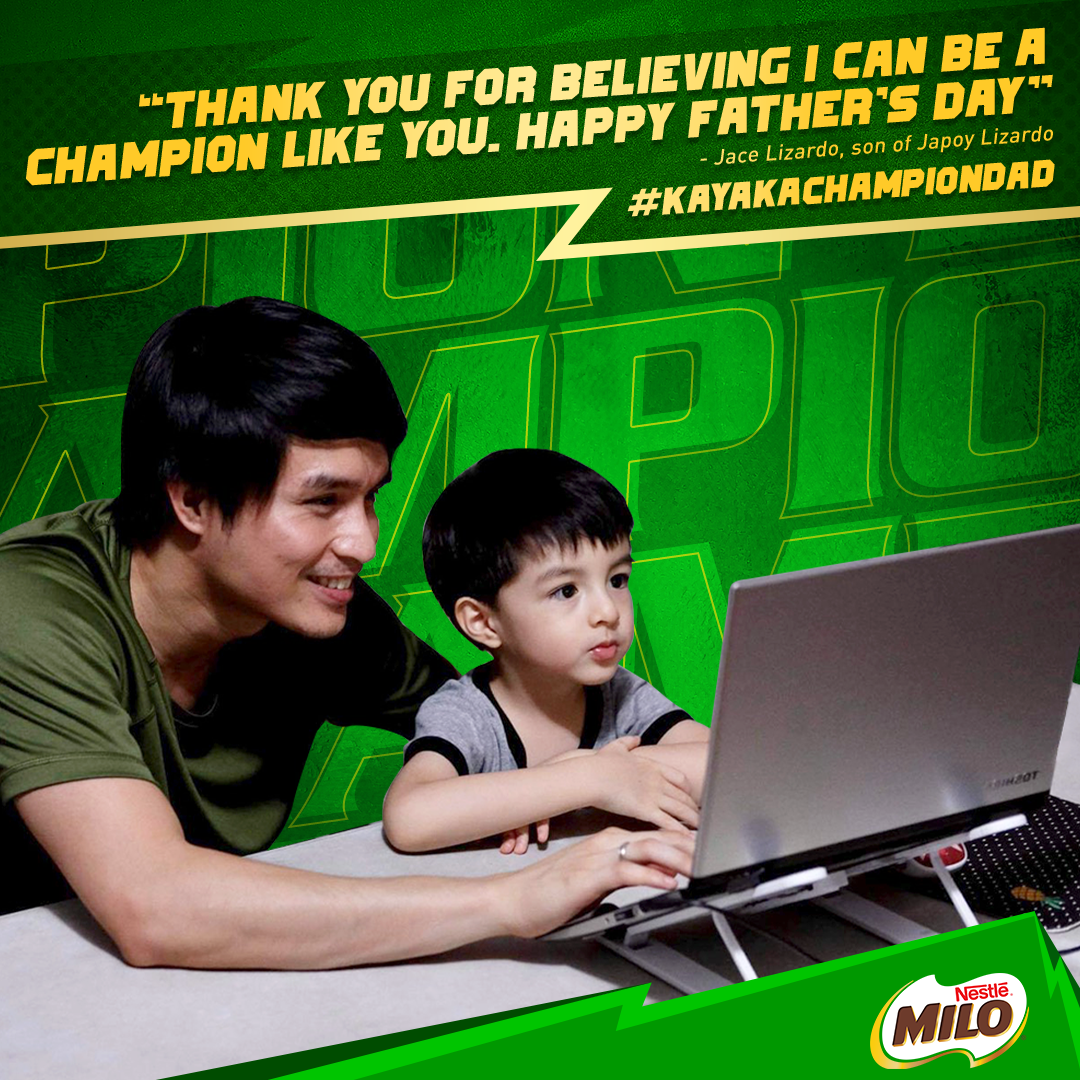 Former MILO champion Japoy Lizardo has taken this trend to heart as a father to his sons Jace and Jevi. In celebration of Father’s Day, he offers his tips and advice for dads to help them be more involved and take a more active role in caring for their children. First and foremost is the need to be as resourceful and creative as he can to take care of his kids’ physical health. 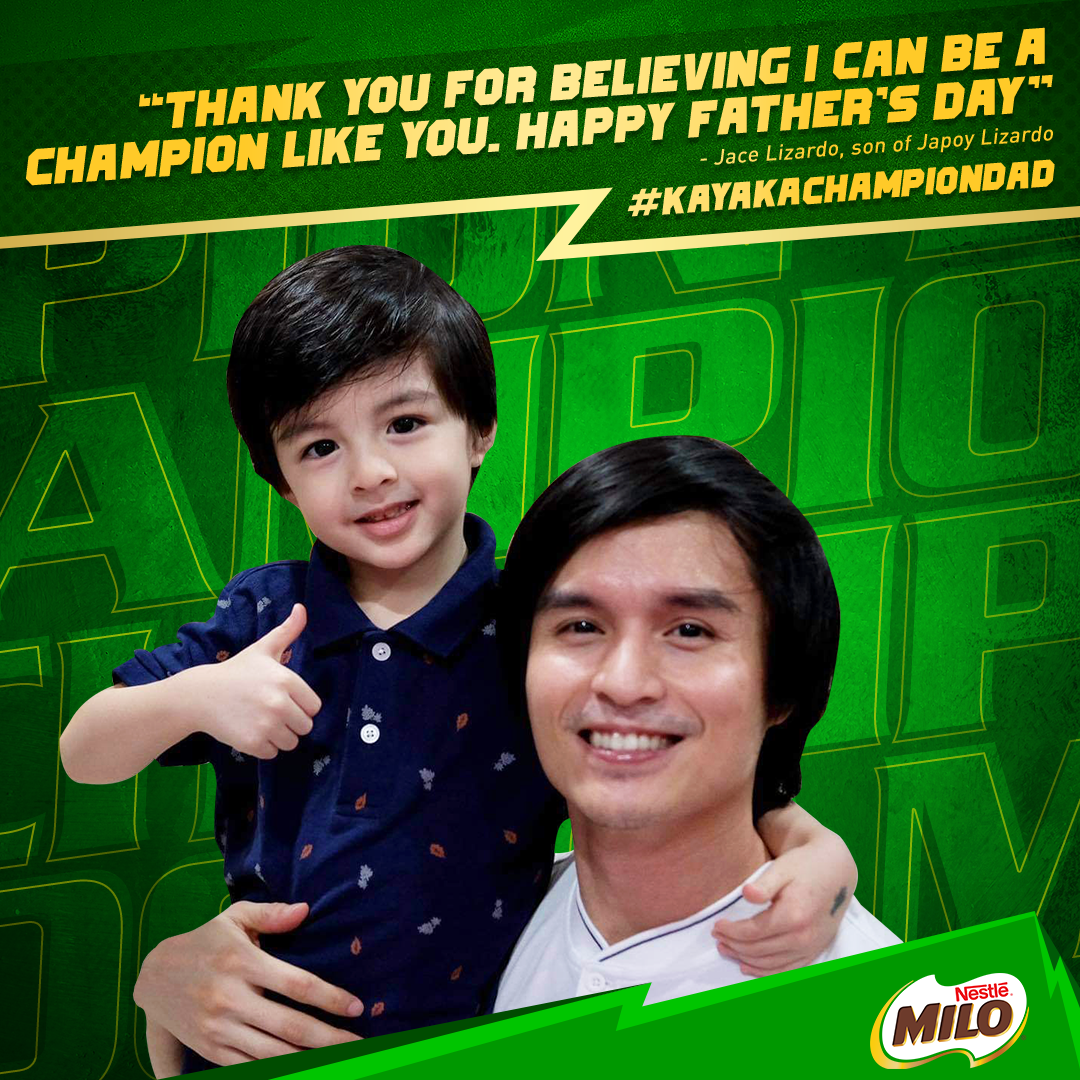 The need for innovation extends beyond Lizardo’s role as a dad too who is also a beloved coach to many aspiring Taekwondo athletes. Along with his wife Janice, the pair are among the many coaches today who have had to learn how to shift from face-to-face trainings to a more distant learning approach. This comes with its own set of challenges, however, mula noon, hanggang ngayon, anuman ang panahon, tuloy ang pagiging champion for Lizardo as he continues his work of training and raising the next generation through his involvement in several online programs such as the MILO Sports Interactive Online Classes (MSIOC). 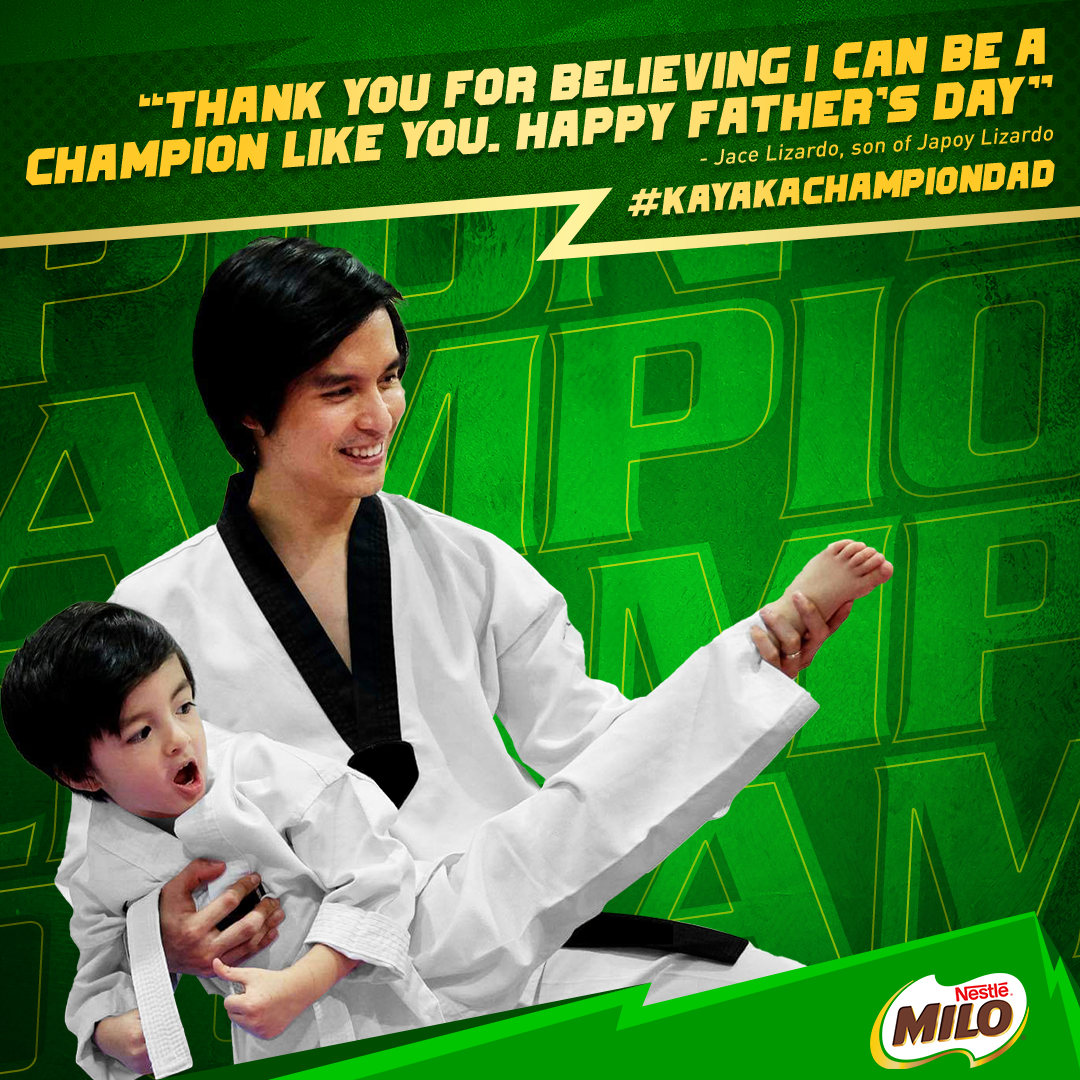 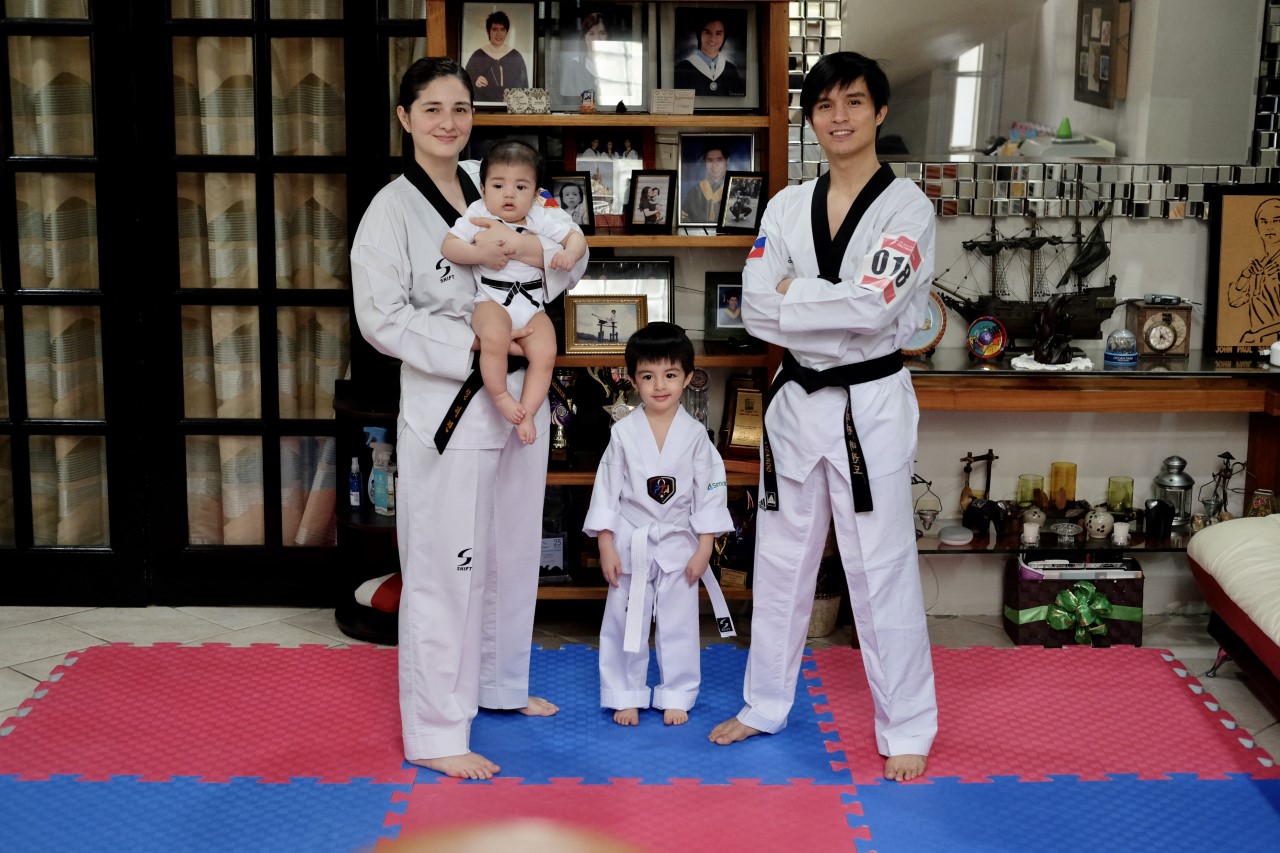 Coaches, much like parents, also play a role in a child’s growth and development. Aside from mom and dad, aspiring athletes spend the most time with their coaches, so it is just expected for Lizardo to instill values just as a parent would. It goes beyond the gym and just teaching them the skills needed to be good at a sport. Instead, he recognizes how being a coach also carries an extra responsibility of being a father-figure to his students, passing on the life values one can learn from sports to his students just as he does with his own kids.

As the “Flying Prince of Kick” in his youth to now being a coach and a father, Lizardo continues to serve as a role model for the younger generation of athletes, including his kids. As both a dad and a coach, he remains committed to inspiring them through sports and the values that come with it, specifically discipline, respect, teamwork, and leadership–the very same values that he says helped him be where he is right now.“Ito yung mga values na natutunan ko during my athlete days na nadadala ko hanggang ngayon na nagc-coach na ako and I want to share these values also to my students,” he adds.

While fathers spending more time at home has led to increased social time with their kids, active paternal involvement has been trending for many years as parenting roles are continuously evolving and mula noon, hanggang ngayon, anuman ang panahon, it is important for dads to consistently play an active role in their child’s growth and development sa it offers another level of quality time. According to Professor Paul Ramchandani,playtime with dad has a strong link to children being better learners and forming friendships easier, as well as developing less anxiety and behavioral problems. Dads being more physically present also exposes children to a different style of parenting that can help them in managing different kinds of relationships in the future.

In celebration of Father’s Day, MILO recognizes and believes it is important for dads to understand why they need to be more involved and take a more active role in caring for their children. Support your kids’ Champion journey by enrolling them in the MILO Sports Interactive Online Classes (https://milo.com.ph/msioc) today.

Back to School Baon Ideas with Cheez Whiz